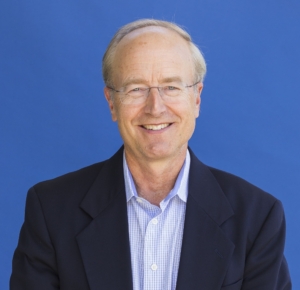 Biography: John Bowers (F’94) is Director of the Institute for Energy Efficiency and a professor in the Departments of Electrical and Computer Engineering and Materials at the University of California, Santa Barbara. His research interests are primarily concerned with silicon photonics, optoelectronic devices, optical switching and transparent optical networks and quantum dot lasers. Bowers received the M.S. and Ph.D. degrees from Stanford University. He worked for AT&T Bell Laboratories and Honeywell before joining UCSB. Bowers is a fellow of the IEEE, OSA and the American Physical Society, and a recipient of the IEEE Photonics Award, OSA/IEEE Tyndall Award, the IEEE LEOS William Streifer Award and the South Coast Business and Technology Entrepreneur of the Year Award. He is a member of the National Academy of Engineering and the National Academy of Inventors.

Prof. Susumu Noda, Progress in Photonic Crystals － From Fundamental to State of the Arts for Society 5.0 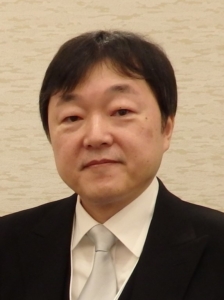 Abstract: Almost two decades have passed since the realization of complete three-dimensional (3D) photonic bandgap crystals at optical wavelengths. Since then, together with the discovery of 2.5D photonic bandgap crystal concept, the manipulation of photons by photonic crystals has progressed tremendously. For example, the concept of confining photons to a very small modal volume has been established and nanocavity Q-factors have exceeded 10 million, enabling platforms for strong light-matter interaction and quantum information processing.
Photonic crystals allow even a broad-area manipulation of photons, by which semiconductor lasers with a very bright, narrow-divergence beam and various functionalities including 2D beam steering have been realized. Such lasers are promising for applications in light-detection and ranging (LiDAR) and direct material processing, which are important for the forthcoming Society 5.0. Photonic crystals also enable thermal emission control, by which the issues of conventional thermal emission devices such as their extremely broad emission spectra and slow response speed have been fixed, and a renovation of thermal emission devices has been achieved.
In this talk, I will review such progress of photonic crystals from the fundamental to State of the Arts for Society 5.0.

Abstract: Recently, gallium oxide (Ga2O3) has been getting much attention as a promising new compound semiconductor due to its excellent physical properties based on an extremely large bandgap of over 4.5 eV and the availability of large-size, high-quality, affordable single-crystal wafers produced from melt-grown bulk crystals. Much of the world-wide research and development has been motivated by the attractive material properties, and significant progress in all the aspects of Ga2O3 material and device technologies has been made over the past ten years. In fact, several milestones on the way to industrialization and commercialization of Ga2O3 power and RF devices have already been achieved. However, there is no room for doubt that the current device technologies are still immature, and that we still have a long way to introduce Ga2O3 transistors and diodes to practical markets.
In this talk, after an introduction of basic material properties of Ga2O3, I will provide a broad overview of the state-of-the-art Ga2O3 epitaxial growth and electronic device technologies. In addition, a brief outlook on Ga2O3 device applications will be given.

Biography: Masataka Higashiwaki received the B.S., M.S., and Ph.D. degrees in solid-state physics from Osaka University, Japan, in 1994, 1996, and 1998, respectively. After a two-year postdoctoral fellow, in 2000, he joined the Communications Research Laboratory (CRL), Japan. From 2007 to 2010, he took a temporary leave from the National Institute of Information and Communications Technology (NICT), which was renamed from CRL, and joined the Department of Electrical and Computer Engineering, University of California, Santa Barbara as a Project Scientist. He returned to NICT in 2010 and started a pioneering work on Ga2O3-based electronics. He is now a Director at Green ICT Device Advanced Development Center. Higashiwaki is a recipient of several awards, including the 2014 Japan Society for the Promotion of Science (JSPS) Prize and the 2007 International Symposium on Compound Semiconductors (ISCS) Young Scientist Award. His current research interest is in Ga2O3 device and material engineering. 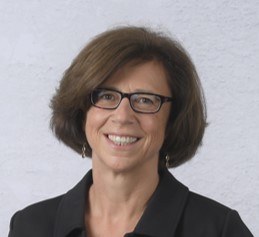 Abstract: We have observed a rapidly developing field of optically pumped vertical emitting semiconductor disk lasers (SDLs) such as VECSELs (Vertical External Cavity Surface Emitting Lasers) and MIXSELs (Modelocked Integrated eXternal-cavity Surface Emitting Lasers). The VECSELs have been successfully commercialized for power scaling at more unrestricted operation wavelength. In a VECSEL, the light is emitted perpendicular to the epitaxial layers, unlike edge-emitting lasers, where the beam propagates in the epitaxial layers. In contrast to a VCSEL (i.e. a Vertical Cavity Surface Emitting Laser), the external cavity of the VECSEL offers additional mode control for excellent transverse beam quality even at highest power levels and enables the integration of elements for nonlinear intracavity frequency conversion, wavelength tuning elements, passive modelocking with a semiconductor saturable absorber mirror (SESAM) and dual-comb generation. For the MIXSEL (Modelocked Integrated eXternal-cavity Surface Emitting Laser) the SESAM is integrated into the VECSEL layer stack. The MIXSEL then generates a modelocked pulse train from a simple linear straight cavity defined by the MIXSEL chip and the output coupler as the two end mirrors. The cavity length then adjusts the pulse repetition rate as demonstrated from 1 to 100 GHz with excellent noise performance. An additional intracavity birefringent plate enables dual-comb generation with an adjustable difference in the individual comb spacing. The performance of ultrafast SDLs has been constantly improved and this plenary talk will review the material and design optimization for shorter pulse durations, higher output powers from near infrared (IR) to mid-IR.

Biography: Ursula Keller has been a tenured professor of physics at ETH Zurich since 1993 (www.ulp.ethz.ch), and serves as a director of the Swiss research program NCCR MUST in ultrafast science since 2010 (www.nccr-must.ch). She received a „Diplom“ at ETH Zurich in 1984, a Ph.D. at Stanford University USA in 1989, was a Member of Technical Staff at Bell Labs USA 1989 to 1993. From 2014-2018 she has been a member of the research council of the Swiss National Science Foundation. She is the first elected president and co-founder of the ETH Women Professors Forum (https://eth-wpf.ch). She has been a co-founder and board member for Time-Bandwidth Products (acquired by JDSU in 2014) and for GigaTera (acquired by Time-Bandwidth in 2003). Her research interests are exploring and pushing the frontiers in ultrafast science and technology. Awards include the SPIE Gold Medal (2020), IEEE Edison Medal (2019), the European Inventor Award for lifetime achievement (2018), IEEE Photonics Award (2018), OSA Charles H. Townes Award (2015), LIA Arthur L. Schawlow Award (2013), ERC advanced grants (2012 and 2018), EPS Senior Prize (2011), OSA Fraunhofer/Burley Prize (2008), Leibinger Innovation Prize (2004), and Zeiss Research Award (1998).